Notice anything different about today’s post? Specifically the title? Well, I’ve officially decided to retire the feature title “Pinspiration Monday” once and for all. When I first started this recurring Monday morning theme over 2 years ago, I had no idea just how much it would consume my focus. What initially began as a way to chat out loud about my favorite Pinterest pins, has evolved into a full on weekly challenge – “challenge” being the operative word. Making the commitment to recreate one of my pins each and every week is a LOT of fun, but also a LOT of work. But I adore making the promise to myself that my pins (all 7,681 of them) won’t go untested, or at least unconsidered.

So it’s time to slap a REAL title to this challenge and shout out the truth behind the mission. I hope you don’t mind the minor shift and that it doesn’t throw you off. Aside from the new name, nothing else will change – Meet me here same time each Monday, and you’ll continue to see a Pinterest pin brought to life through my own perspective. 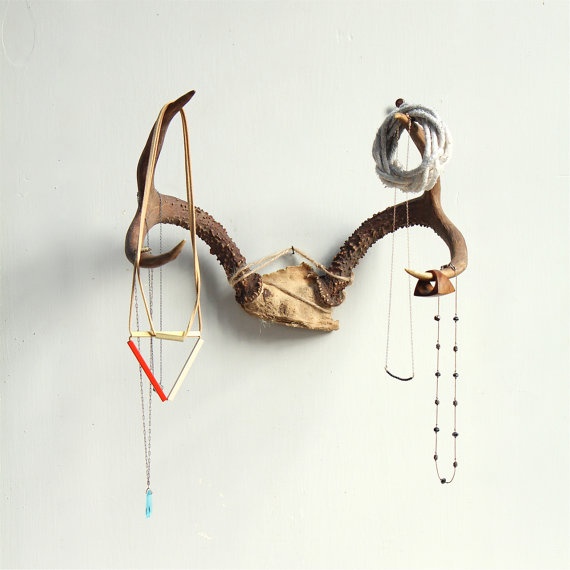 Now that that little piece of business is out of the way, I’m excited to share today’s “Weekly Pinterest Challenge” focus – antlers. Way back when I got my own vintage antler to be used for styling around the house, I considered painting it, I considered leaving it as is and I even considered wrapping it in yarn (like this). But that was only until I saw the image above. What better way to put that protruding, sculptural shape to use then by hanging jewelry from it?

The only issue was that my particular antler was a solo piece – no mountable duo like the inspiration from Pinterest. But I figured it would be just as fun to lay my own antler on a surface and hang bracelets from the upturned curvature – I’ve seen a couple of people do just that on other blogs before, so I wasn’t thinking too far out of the box here. And luckily, it worked! 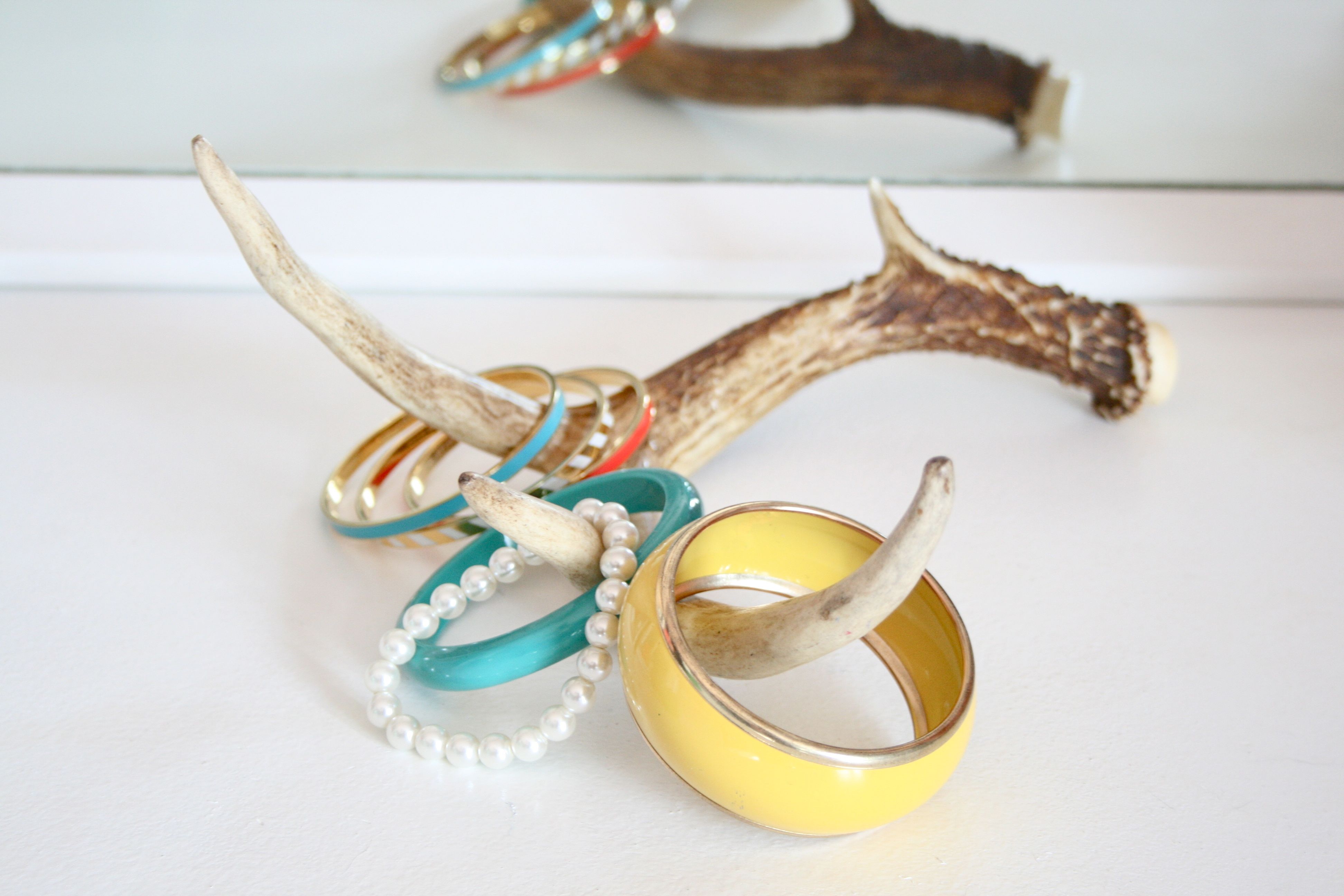 This is one of those amazingly simple, amazingly fast projects that took only, oh…five minutes. And that was mostly factoring in the time it took me to walk to the basement den to grab the antler and walk back upstairs to set it on the bedroom dresser. Sometimes though, it’s these quick and easy styling fixes that make all the difference in a space. 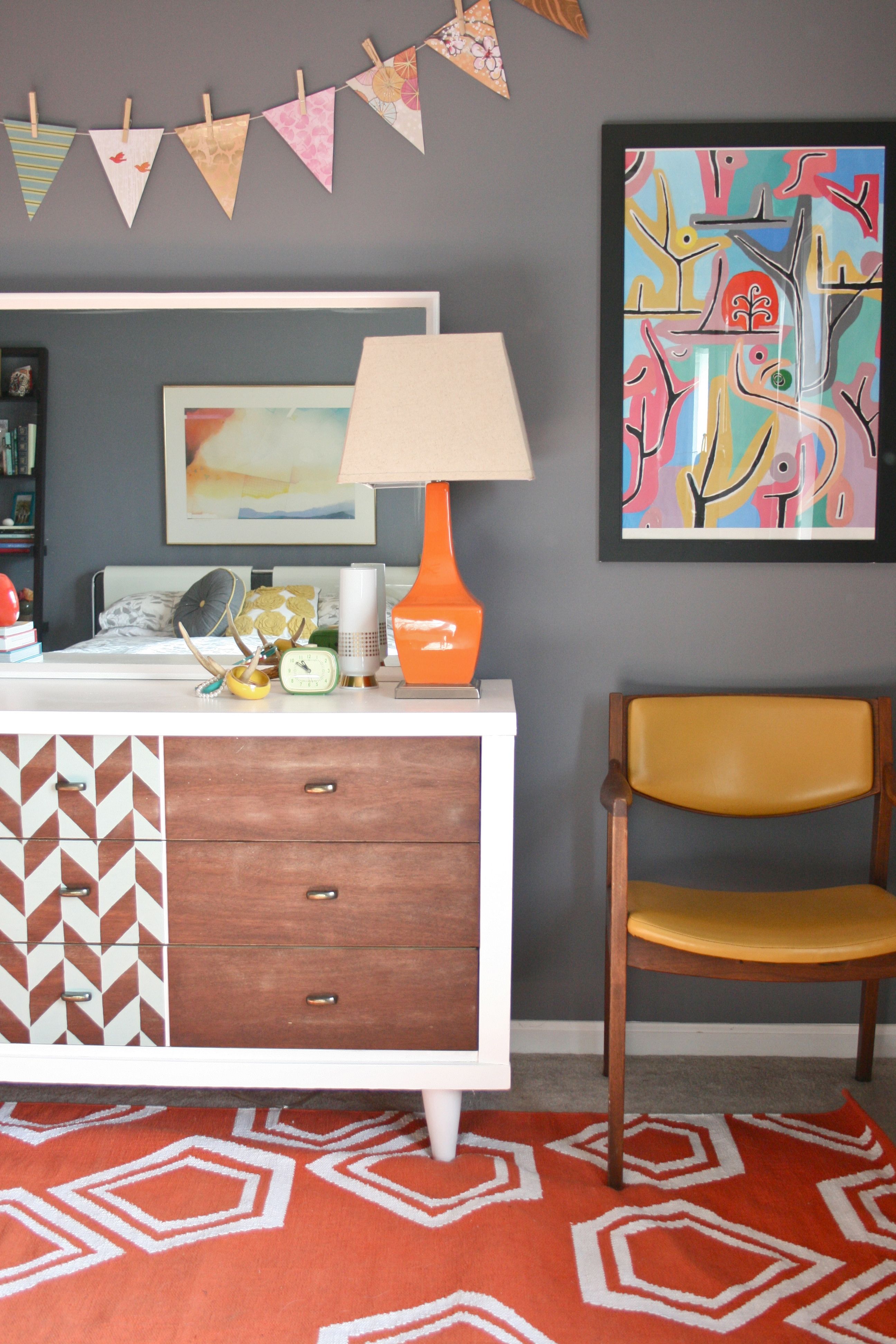 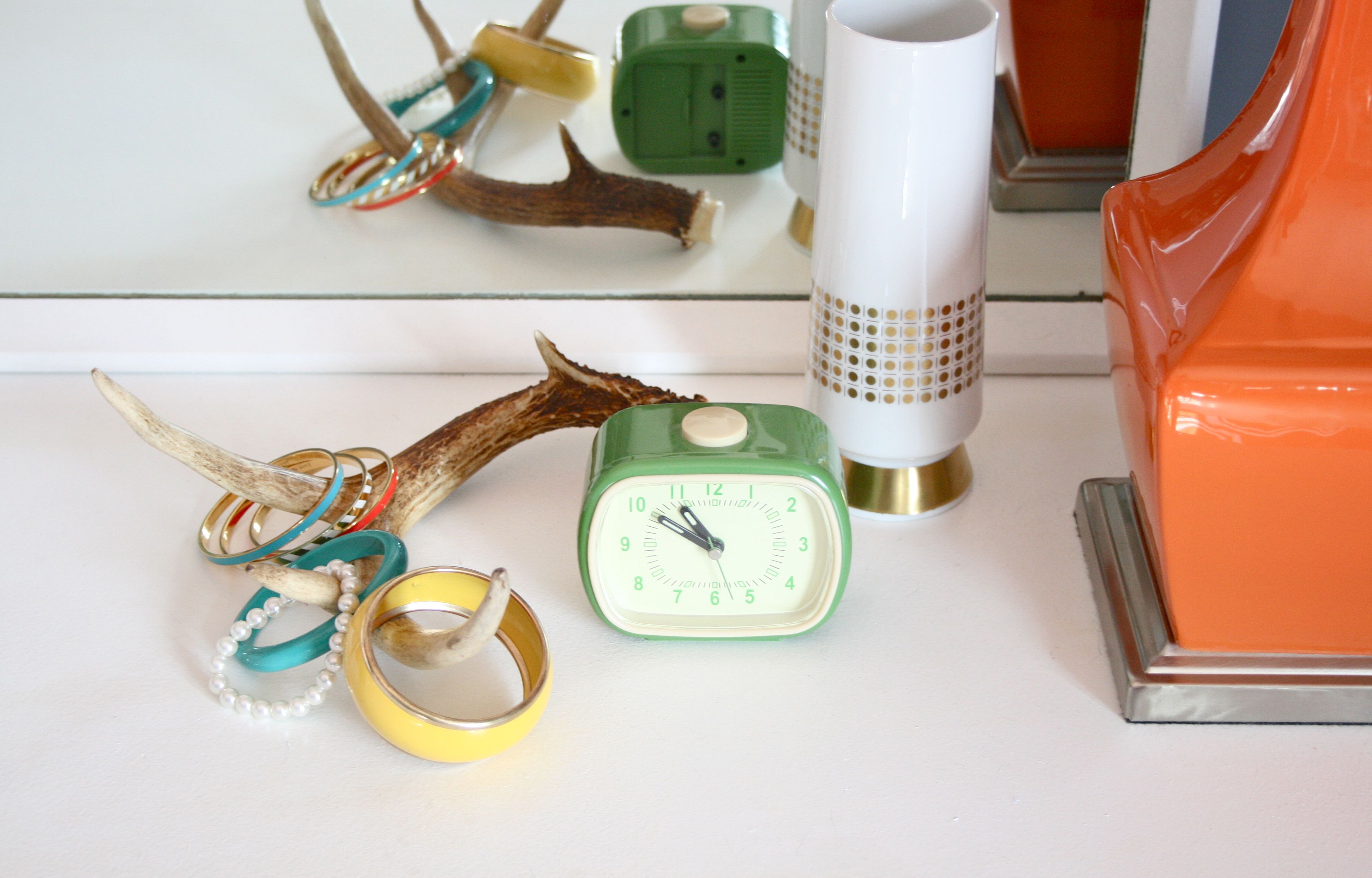 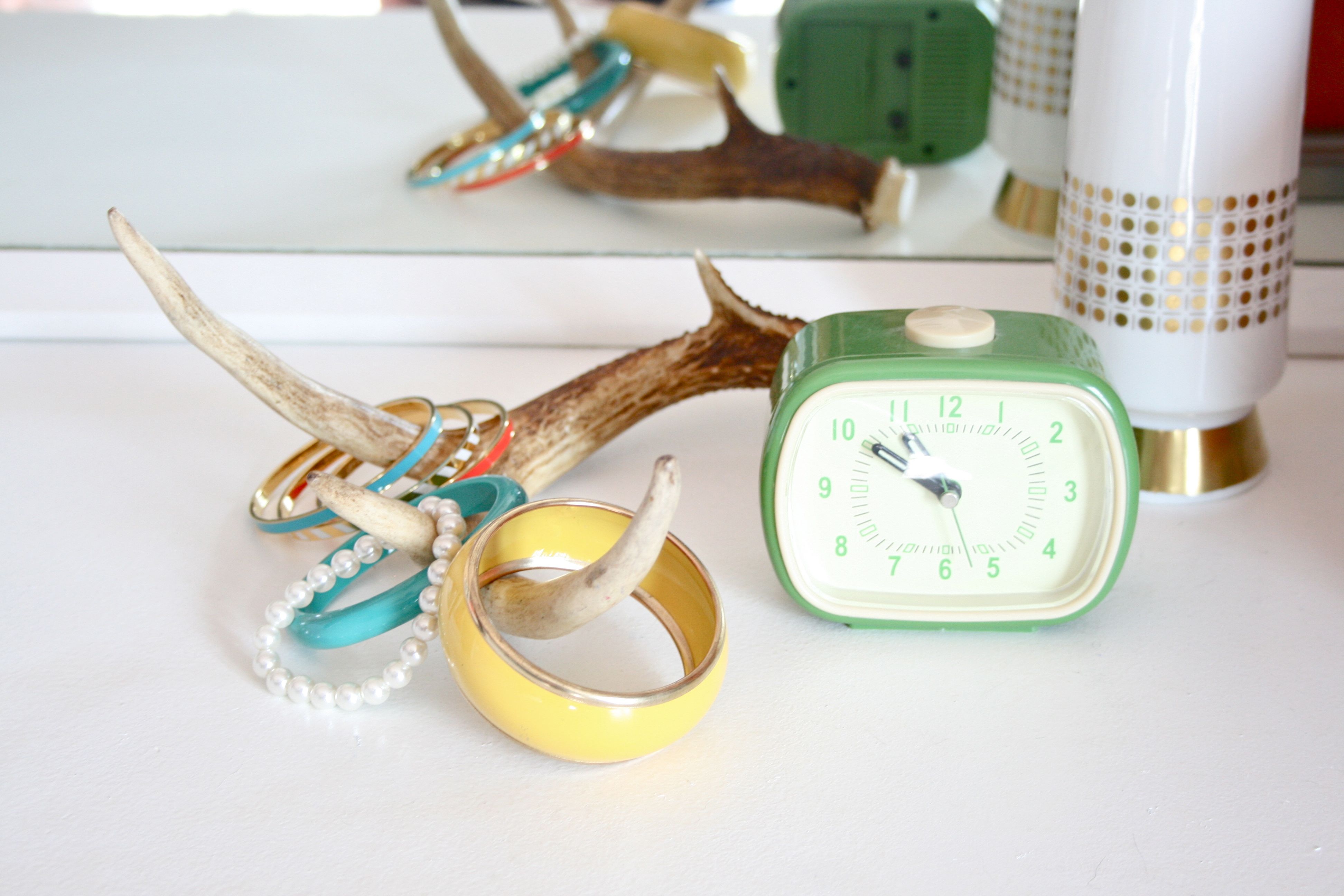 If you’re also into this rustic trend, what are your favorite ways to style antlers?