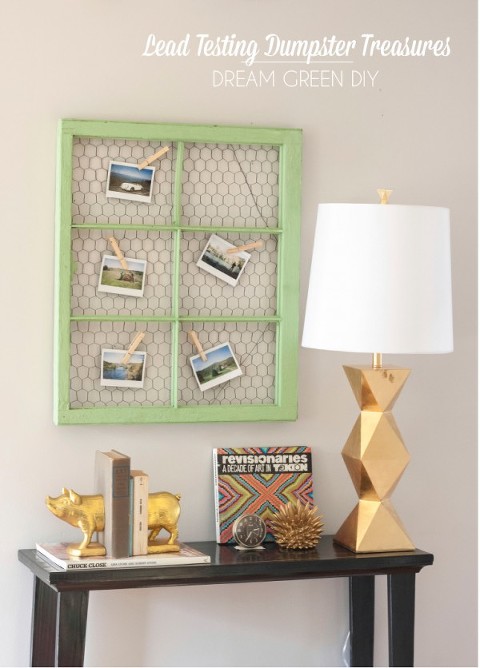 I typically reserve verbiage like “second-hand” for thrift store finds, but this particular piece puts a whole new spin on the phrase. Believe it or not, this baby was nabbed, quite literally, from the trash!

You see, I work on the side for a local realtor in town photographing and marketing listings, and while on a shoot, happened to notice a little peek of minty green sitting on the gravel drive by the trash cans. I didn’t immediately run for it, this being my first dumpster dive, but instead took my time getting the photos I needed of the house, all the while slowly inching my way towards the item in question. The closer I got, the more excited I became, though. It turned out that the bit of green I had seen was actually a painted window frame, complete with chicken wire insert. That’s right – I didn’t have to do a THING to it! 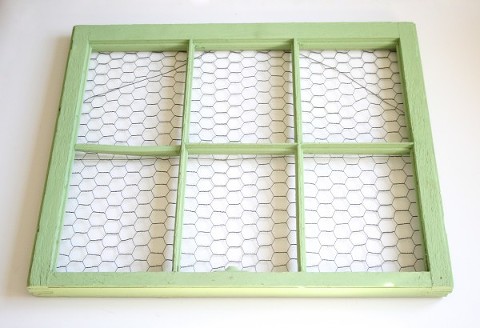 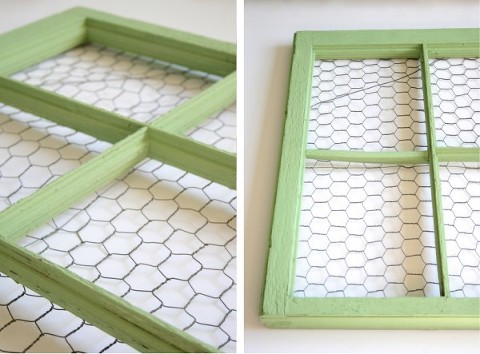 Of course, my first thought was, “Why is this in the trash? It’s WAY too cute to be in the hands of the local dumpster services.” And that’s when I thought about lead – lead paint, that is. So even though I did eventually grab it and stuff it safely into the back of my car, I also made a point to store it out of harms way in the laundry room at home until I had time to pick up a lead test kit from the hardware store.

Costing $10 for two test swabs, I didn’t think it was too bad of a deal for peace of mind. And it was very easy to use. Remove one swab and pinch the middle until you hear/feel it crack (I would liken it to the feel of a glow stick crunching), then shake to distribute the testing liquid evenly. Next, find an inconspicuous area of your item and rub the heck out of it for 30 seconds. With my face about four inches from the swab, I rubbed and rubbed, slowly counting down in my head, and was eventually left with…an orange-ish, yellow-ish color. 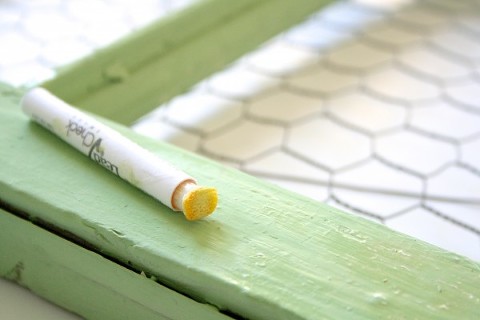 What did that mean? We were good to go! No lead here!! Admittedly, I was a bit worried – According to the instructions, red would have meant that lead was present, so I was a bit scared to see hints of orange in my end result. But a post on Young House Love dealing with the same issue put my fears to rest. Their test didn’t go quite so well, judging by their irrefutably red swab. So, the happy ending to this story is that my dumpster dive treasure is happily living in our entryway, now home to our favorite photos and mementos thanks to the addition of simple wooden clothespins. 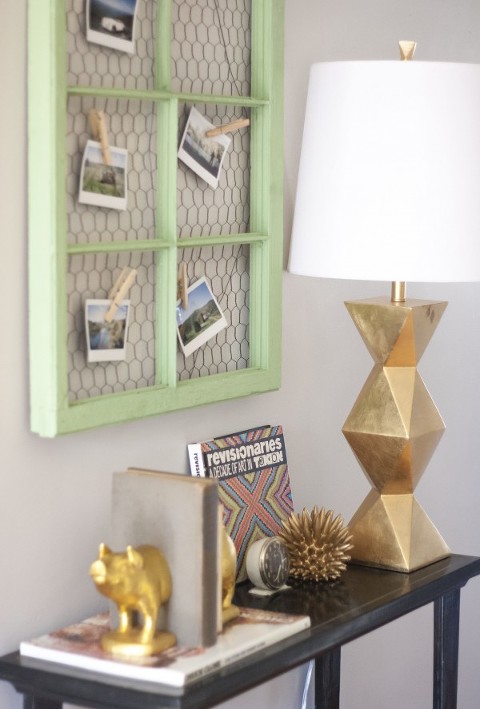 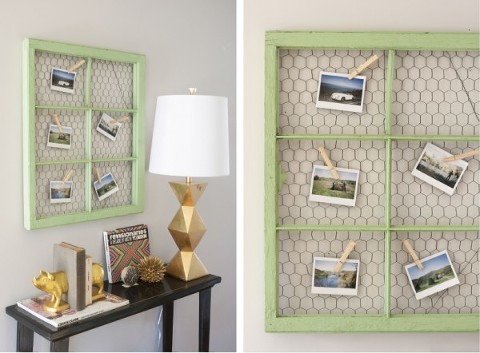 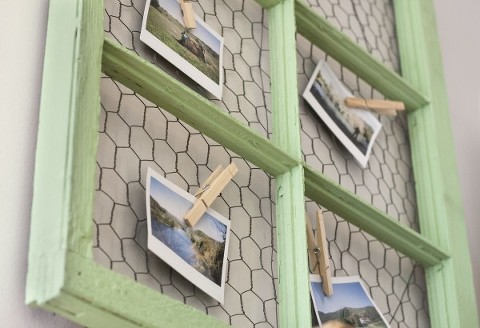 Have you guys found anything extra lucky in the trash lately? (I can’t believe I’m asking you that, but I now find it totally valid!)