I’m excited to briefly revisit a couple of memories from our May trip to the beach this morning. The longer I can make it last, the better! To rewind a bit, I mentioned picking up this little glass bowl at the T.J.Maxx located on the island, for a measly $2.99. Although it’s a little hard to tell in the photo below, it’s pretty small – the opening on the top is only about 3 inches in diameter, and the widest part of the bowl itself is about 6. I was really drawn to the small size though because it’s versatile enough to serve many purposes (candy dish, nail polish container, teeny tiny fish tank?) but doesn’t take up a huge amount of room – this latter fact is paramount in our already filled-to-the-gills home. 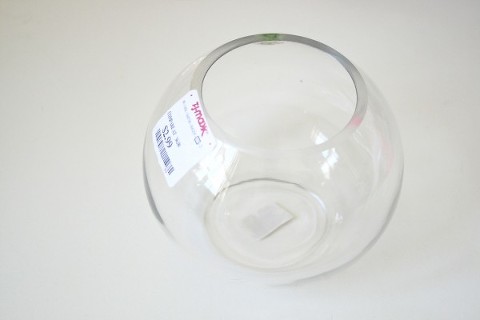 Yet the reason that popped into my mind in the moment, and the reason I decided to fork over the cash, was to use it as a modern mini terrarium. The finished terrarium is actually sitting right here beside me on my desk as I type this, and does exactly what I hoped it would do – add just a little bit of warmth and lived in character to a largely utilitarian zone.

The other beach memory associated with this project is in the actual natural materials that I used – namely the rocks you see bagged up above. After one particularly sunny afternoon spent at the beach, my sister and I managed to peel ourselves off the sand to trek back home for refreshments. On the way back to the car though, I noticed that the lot where our car was parked at the beach club was covered in a really fine white gravel. I had already purchased my terrarium intended bowl by this point and made the split decision to stoop down and dump a few handfuls of the rock into our sunscreen Ziploc bag to be used as a foundation for my planter. 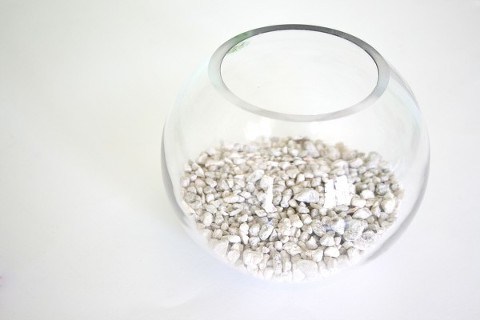 Three weeks later, after slowly recovering from the devastation that ensued once we got home from the beach, I ceremoniously dumped the contents of my gravel collection into the bowl. I’ve made terrariums before, but never really focused much on the gravel. I’m glad that I did give it some thought this go around though, because the white pebbles ultimately looked great with the soil and greenery, but also carry that extra special memory of Hilton Head. 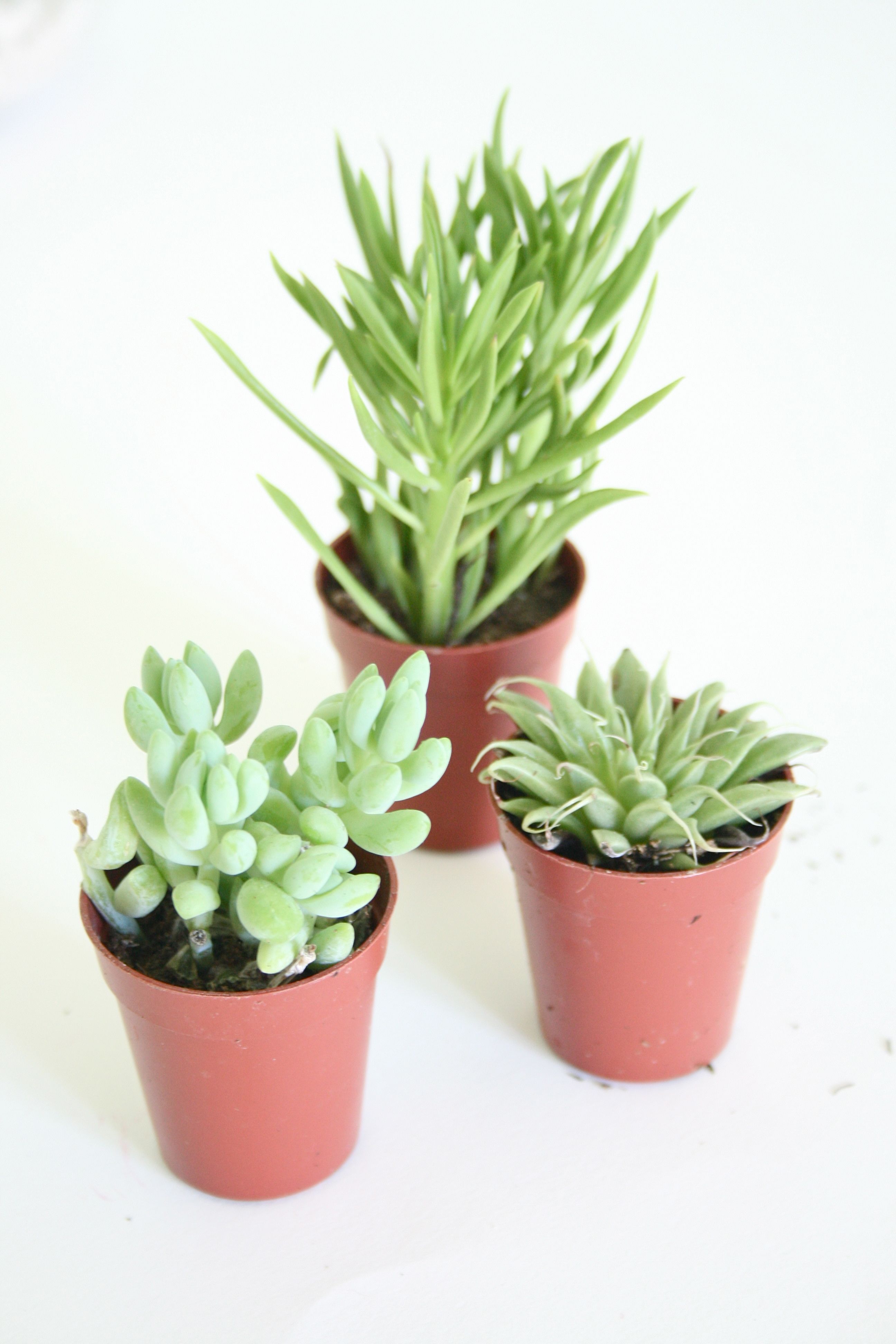 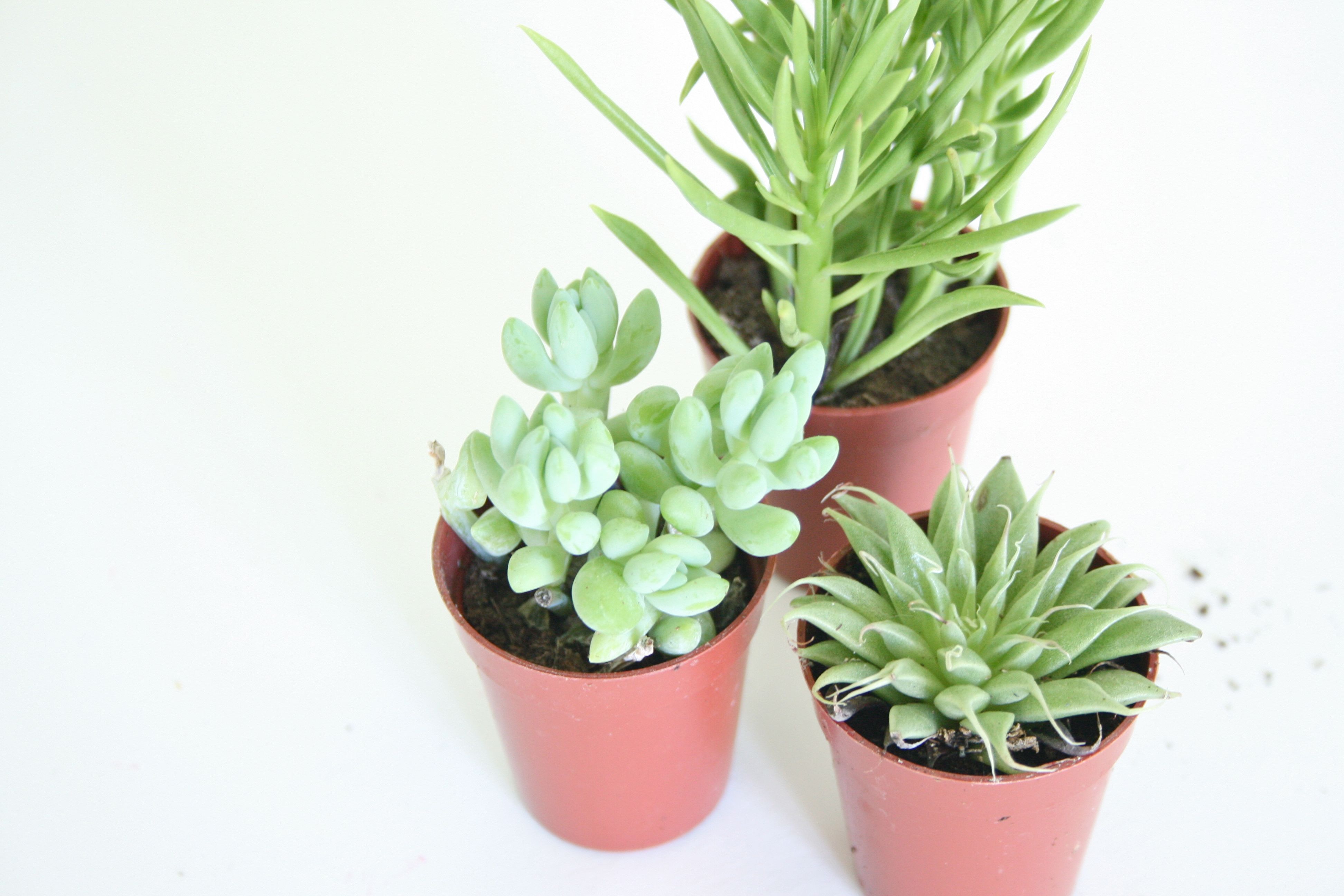 Despite the poignant personal memory of the rocks, the visual impact definitely comes from the succulents. I WISH that I could say these plants are cheap considering their size (the three above each only fit in the palm of my hand), but I spent close to $10 on mine. If you know of any better, more affordable options, I’m all ears! They sure are pretty though… 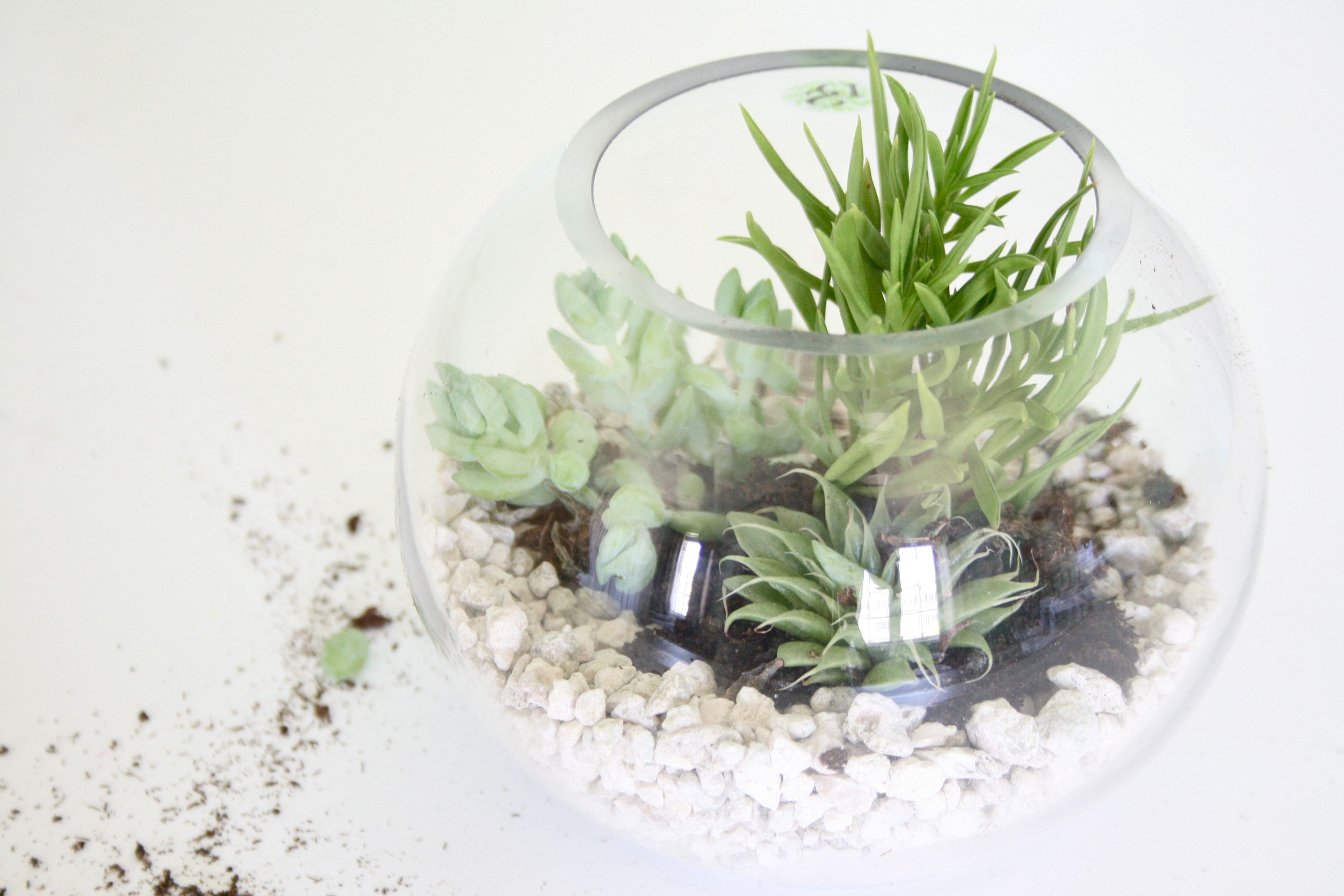 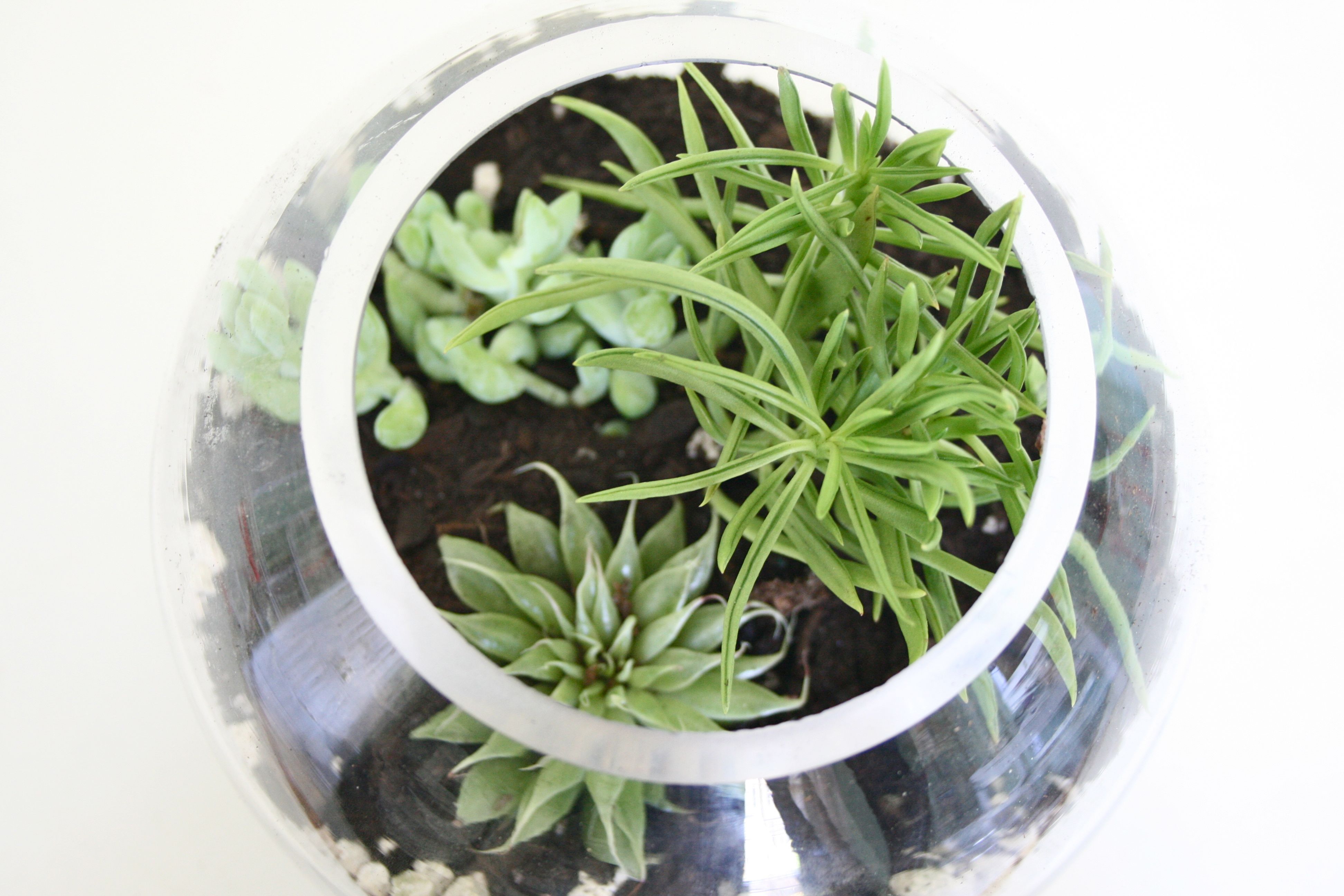 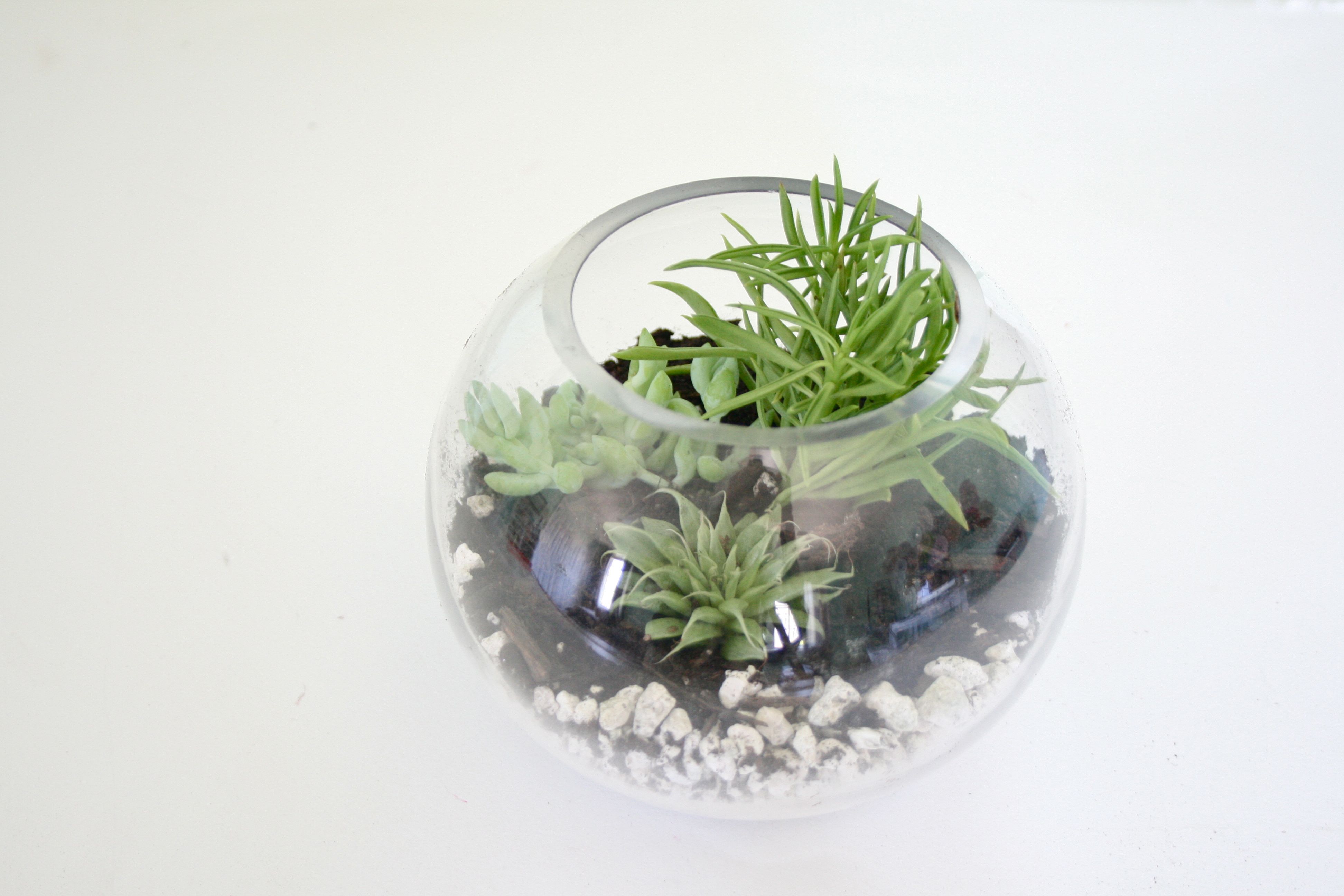 To get the look you see here, I dumped a couple handfuls of dirt right on top of the rocks, then I sort of pushed that and the rocks around to make a small indent in the center. With that accomplished, I pulled my succulents from their pots, loosened the dirt and then gently pushed them into place. 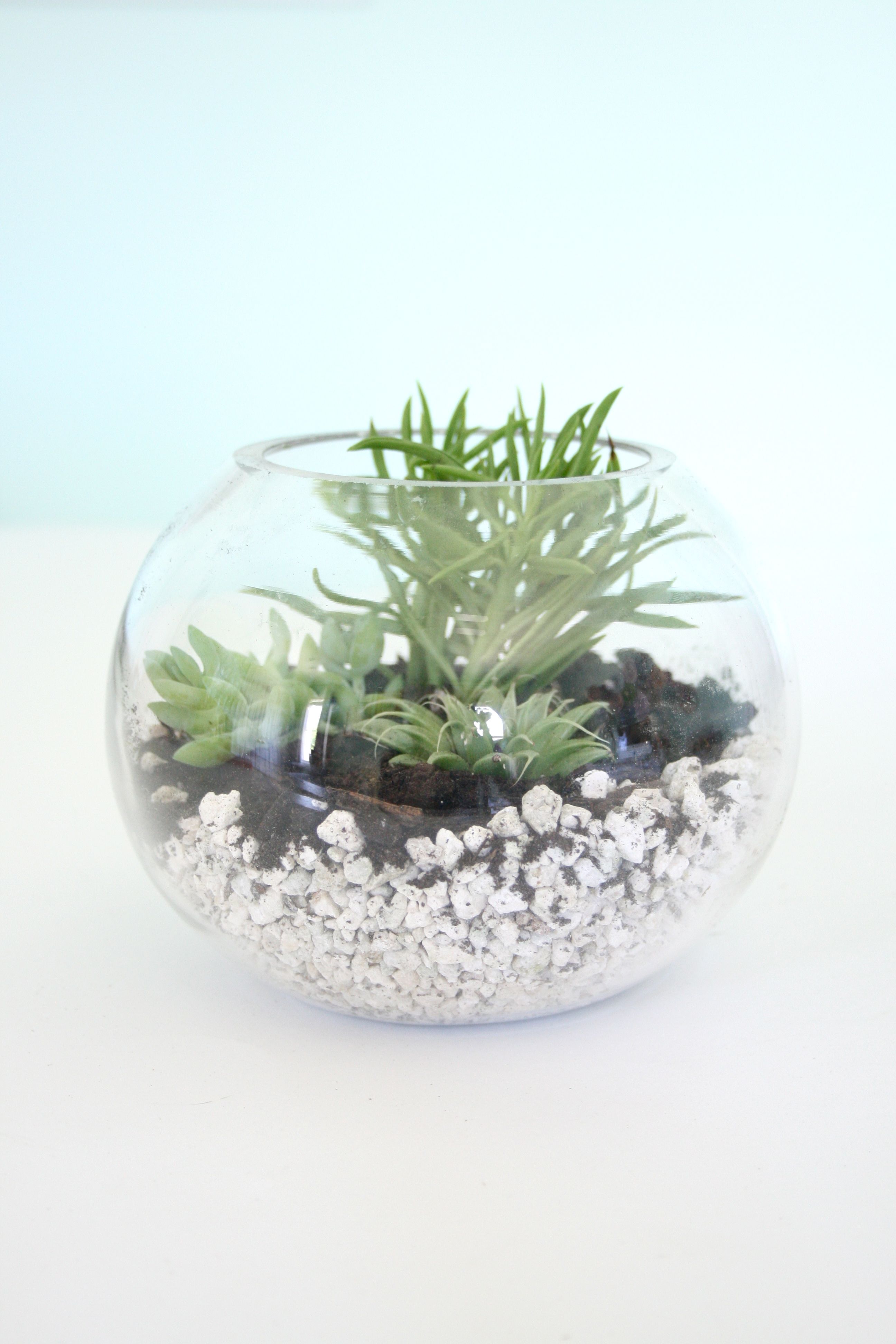 Now where to put it?? I’ve already given away the fact that they ended up at my office desk at work, but they had a brief stint in the studio on my bookshelf where I could photograph them to my heart’s content. 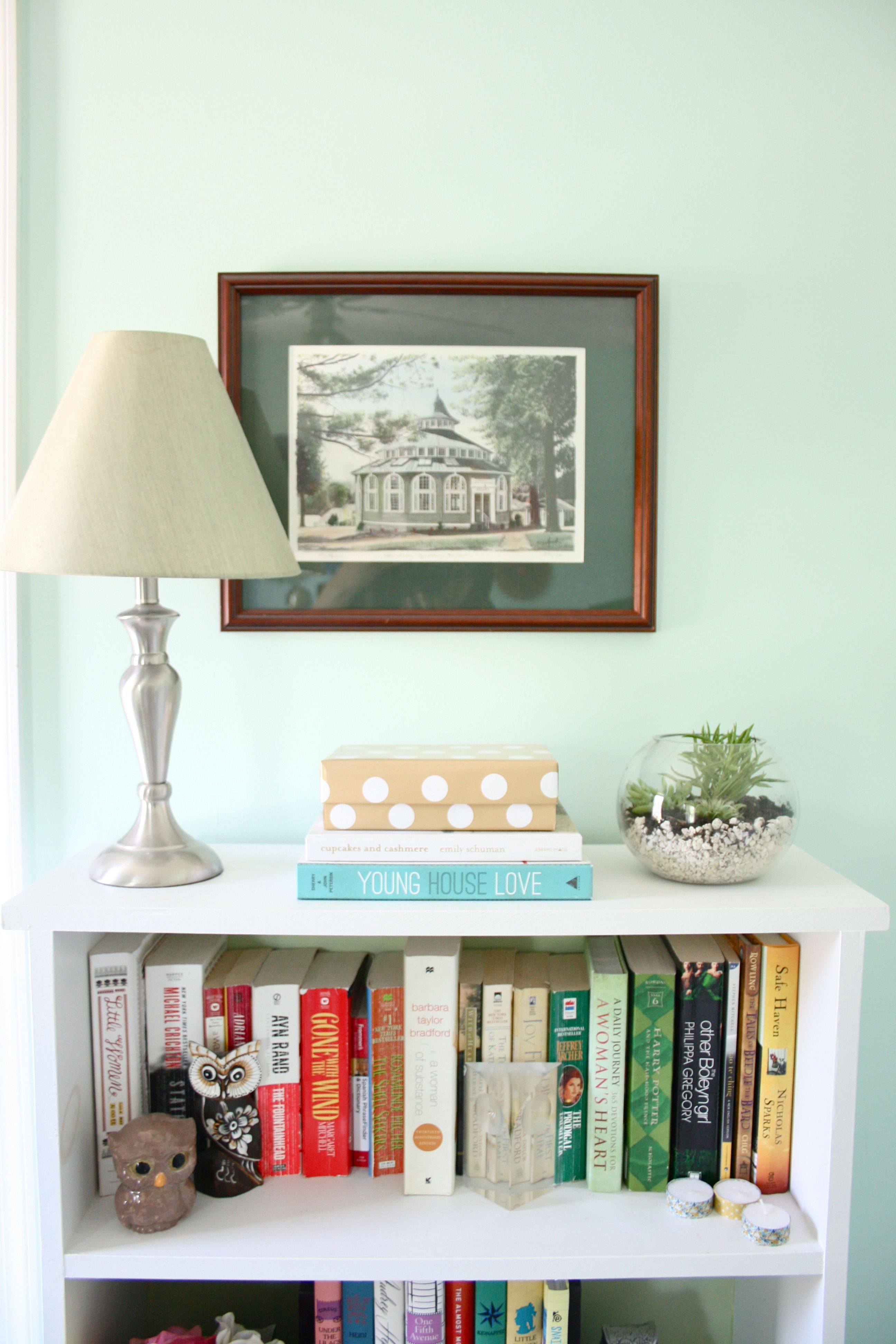 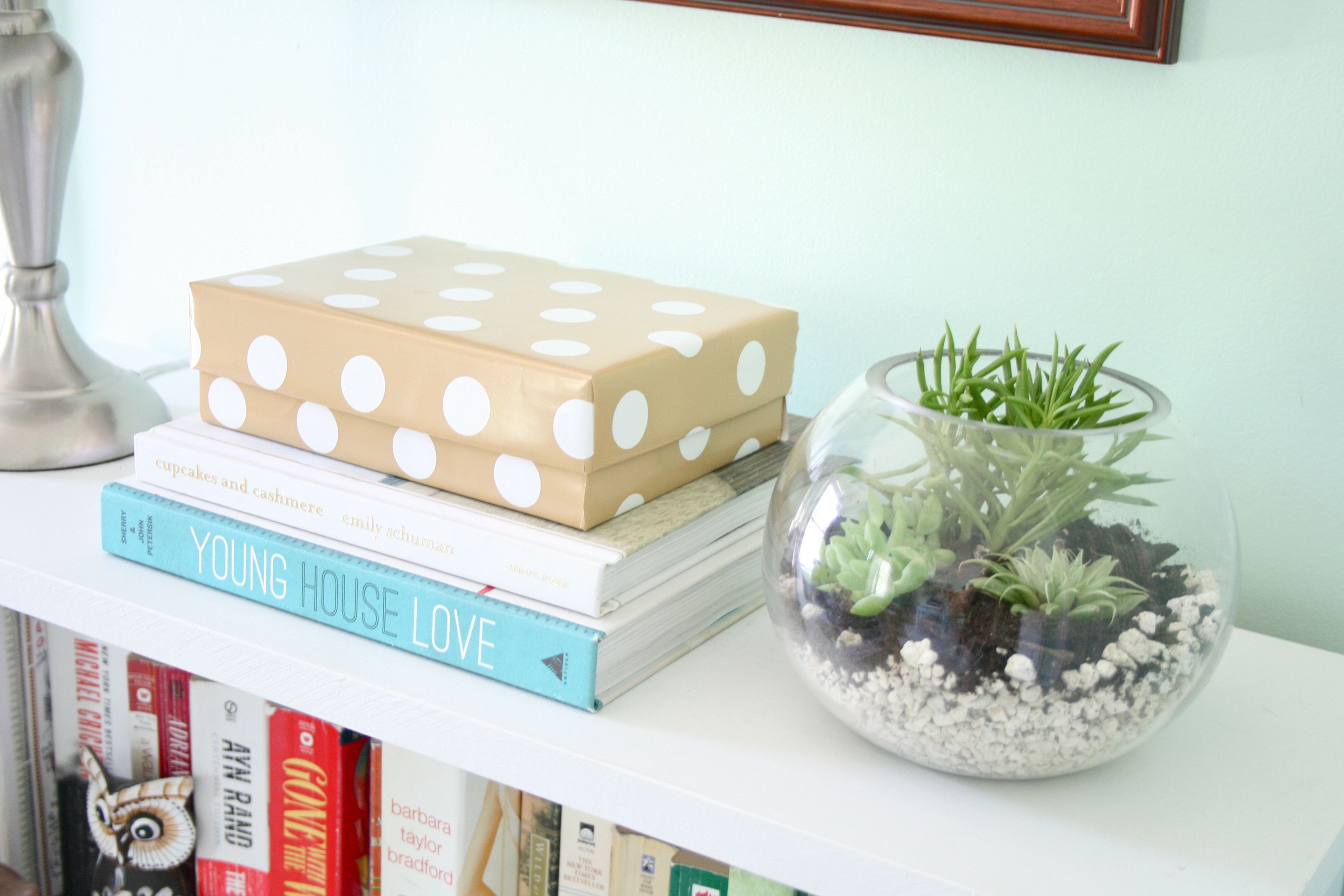 It’s amazing the difference that a little greenery and life can make in a space, wouldn’t you agree?

Have a great weekend!

P.S. CALLING ALL LOCALS!!! If you live in or near Lynchburg, I invite you to join me tomorrow from 10-4pm at a Summer Block Party, hosted by Curtains, Blinds and Bath on 221. A number of local businesses will be involved, plus the event benefits the Disaster Relief Fund via Gleaning For The World. I will be situated in front of Curtains, Blinds and Bath doing paper pinwheel demos and will also be selling a few of my prints. I hope you can come out and enjoy a little local flavor! 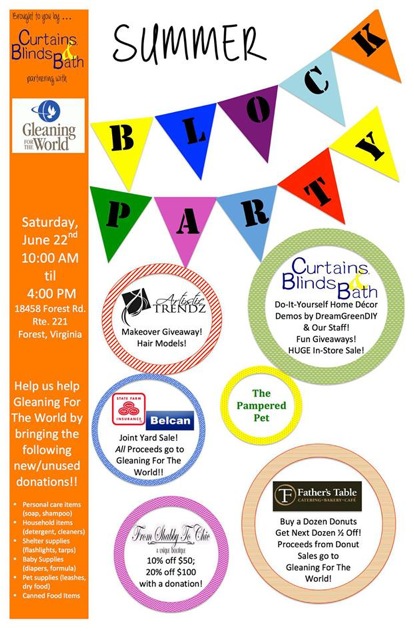