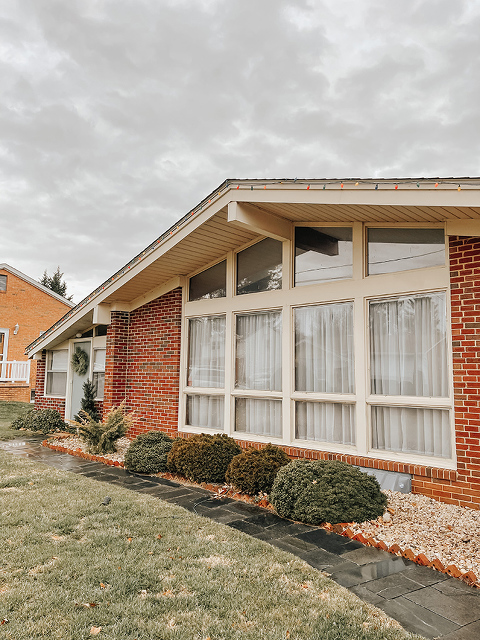 There’s no question that my favorite thing about our mid-century home is its angular roofline. It’s so unique for this area, and reminds me of the Palm Springs, California, architecture that I adore. I still can’t believe we somehow managed to find a home in Virginia that looks like this! Kudos to the original homeowners for their cool modern taste, and thinking to make a statement with their home in this quaint little town.

Since the first moment I spotted our house online when we were real estate hunting, I’ve pictured it with a line of oversized Christmas lights trailing from one end of the roofline to the next. The good news is that we’ve managed to do exactly that almost every year since we moved here, but the bad news is that we never could come up with a good way to do it. The annual task of holiday decorating generally resulted in an argument because we just didn’t have a good system for hanging the lights. It was stressful! 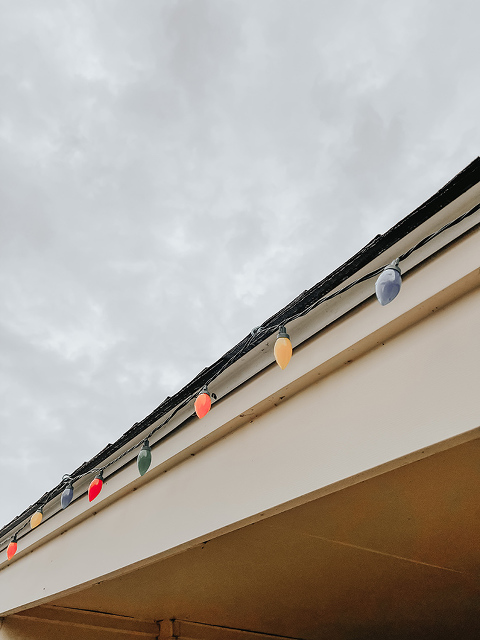 We tried gently hammering nails into the shingles to hold them, 3M hooks, and all sorts of other solutions, but nothing ever held the lights securely, and every trick we tried had to be redone every year (thus the arguing). I had high hopes of some kind of system that we could leave up all the time, and literally thought about it for years. Then, I finally came up with some direction: we needed to find some kind of material that was thin enough and long enough (roughly 8-10 inches) that we could slip underneath the shingles. We also needed it to be bendable so we could create our own hook on the end to loop the lights over.

My thought was some kind of metal version of a popsicle stick, or something similar, but when I brought this idea up to my retired engineer father, he suggested coated metal wire. I was game to try it, so this past week, we got to work making and testing our DIY roofline hooks. Keep scrolling for the quick step-by-step tutorial, plus a new YouTube video showing the process in action! 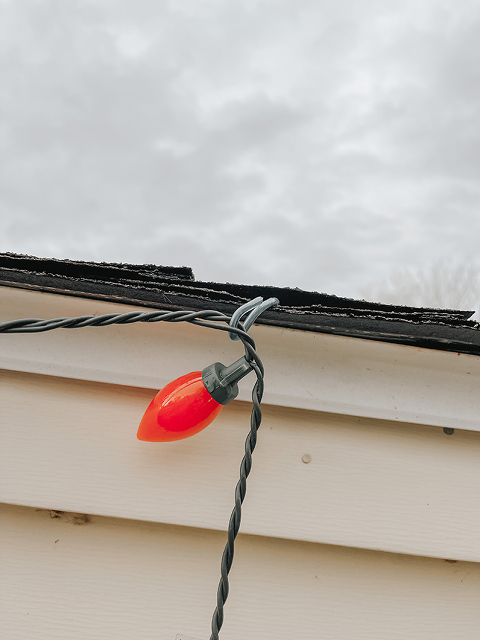 Step 2: There are two ways to bend a hook into the end of your wire. My dad bent the wire around the handle of his screwdriver to get it to curve, and I used needle nose pliers to make the hook. Either way works great, so choose the method that’s best for you.

Step 3: Once you’re up at the roofline, use a small flathead screwdriver to gently separate the shingles. Don’t go all the way underneath the shingle since this could damage the waterproof lining of your roof. I instead, choose a section that’s in the middle of the actual shingle layers themselves. Wiggle your screwdriver between the shingle layers gently to reduce risk of damage to your roof. If you do this carefully, it won’t hurt your roof at all.

Step 5: Hold the hook in place so it doesn’t slip out, and then remove the screwdriver. Bend the hook so the “U” shape is oriented up and down, that way the lights will sit down into the curve once hung.

Step 6: Finally, loop your strand of lights over the hooks, and repeat until finished. You can gently squeeze the “U” shape of the hook closed if you’re worried about the light strand coming out. 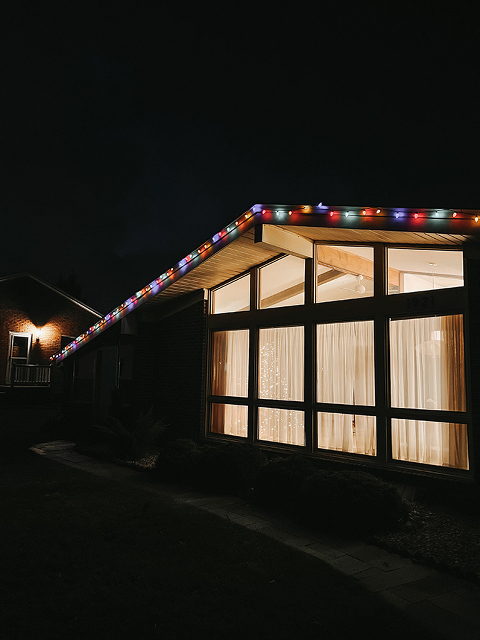 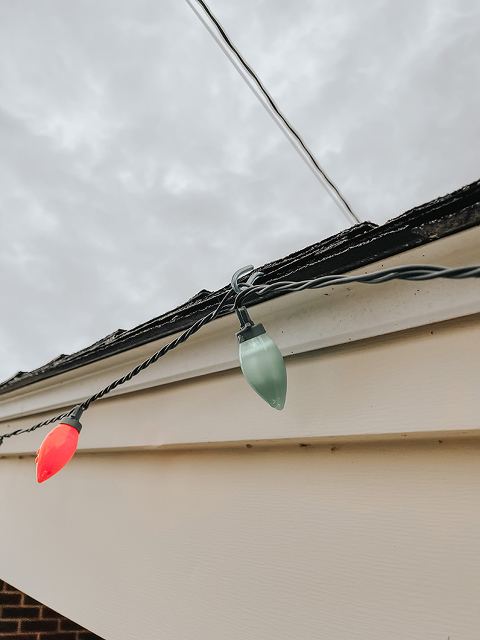 And that’s it! My dreams of mid-century-style roofline Christmas lights is now complete! Since the green wire hooks are so discreet, we plan to leave them up, which will make this yearly task so much easier. I suppose there’s a chance that some manufacturer has been making hooks like this all along and I just never happened to find them, but I like knowing that we made these hooks ourselves. The wire only cost a little over $10, so it was cheap, too! Let me know in the comments what you think, and feel free to watch the video here if you want to see the steps in “real time.” 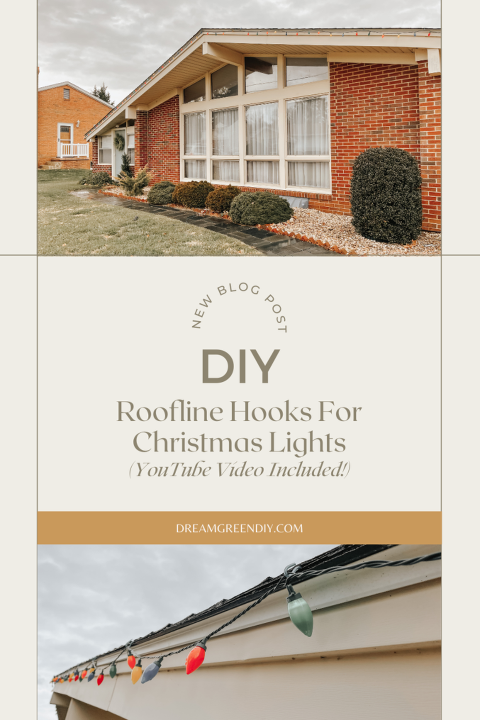