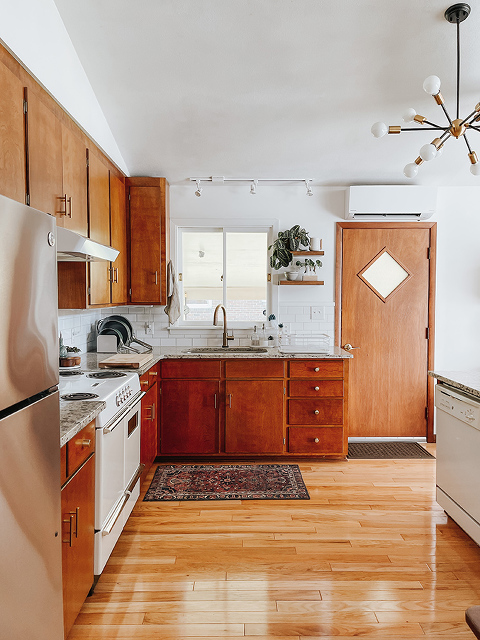 One of the few things I never loved about our retro home is the fact that it doesn’t have central AC. We actually almost passed on the house when we found out that it didn’t have central, but our realtor assured us that the mini-split system that already existed inside the house was enough. She was right! These discreet wall-mounted units actually work incredibly well as a central air replacement, and definitely look better than window AC units (this one being the only exception since it’s ultra sleek). I feel like mini-splits are pretty common in Europe, but maybe not as much here in the US? I could be wrong, but that’s my impression.

There was one summer when our 12-year-old split units seemed to be slowing way down, so we called in an AC pro to get a quote for putting in a real central air system rather than replacing the mini-splits. Well, it turns out that our low-pitched A-frame-style roof isn’t really built to suit central air! There was no where to put the handler up in the attic since it is so slim, and it would have cost huge amounts of money to put it in the basement because we’d have to tear into the walls and ceiling of the finished basement to get ducts run through to the upstairs. So, our dreams of central air were officially squashed. 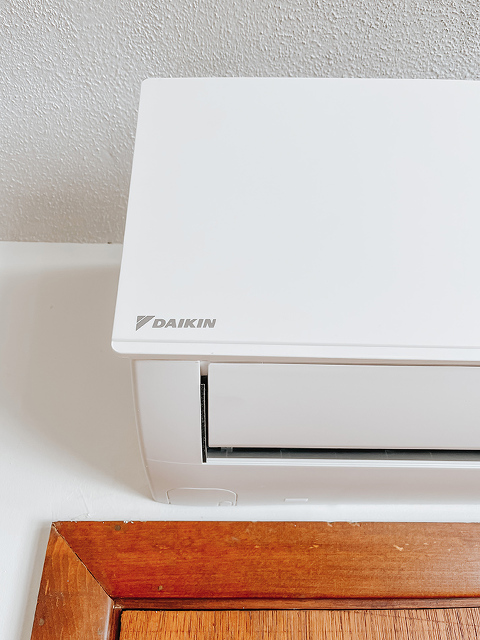 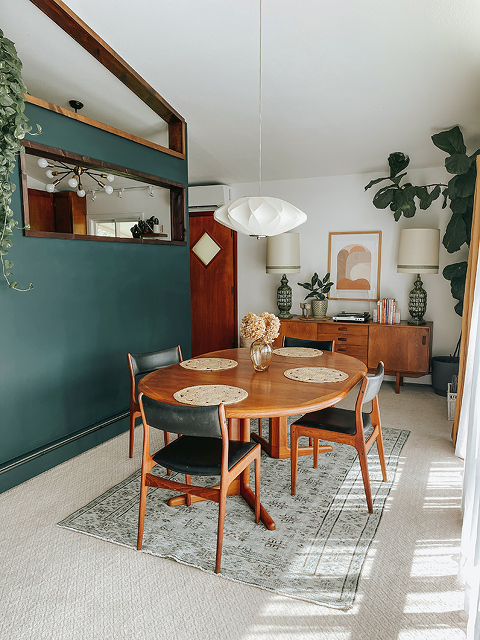 Instead, we had no other choice but to make the very most of our mini-split AC units. We happened to call a different heating and air company to service our two units about three years after we had moved here, and the new team took both mini-splits totally apart to clean them. Afterward, it was like they were brand new! Since then, we haven’t thought twice about replacing our current AC setup with anything different.

We knew that our old units would have to be replaced eventually due to age, though, and the one that we have in the kitchen ended up being the first to go. That one died on us about a month ago, so we had our local heating and air pros come out to install a new one. Luckily, the one in our bedroom is still working just fine, so we only had to shell out half of the quoted $6,200 to replace both units. I still cringe at that number, but we’ve been told that our new Daikin ductless mini-split AC should last longer than the old one, and it will be more energy efficient, too. 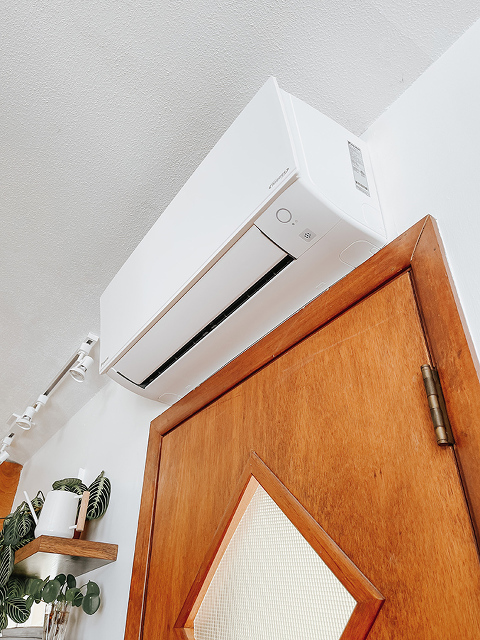 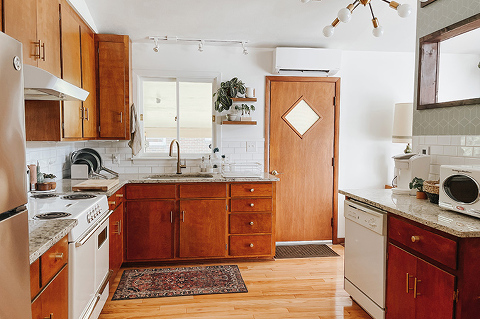 I wanted to post a quick review of our new Daikin unit now that we’ve been using it for the past four or so weeks. I don’t know how to speak to the “lingo” of mini-split units, though, so I can’t really get into the mechanics of the motor or explain compressor strength, etc. What I can tell you is that it works, and it works great!

We ended up going for the second of three options given to us by the crew we hired, and the final tally was $3,175. We got a High Seer Daikin Outdoor Model RX with Model FTX Indoor, and full cooling output to 20 degrees. That sentence reads pretty much as gibberish to me, but maybe those of you who made your way to this post through a Google search hoping for a good review will know what it means.

It has a high efficiency indoor blower motor, and even though I was a little worried that it would be loud, it hasn’t bothered us one bit. Yes, when set on high, the white noise can be a little disruptive, but so far we haven’t had to turn it all the way up, so it hasn’t been an issue for us. 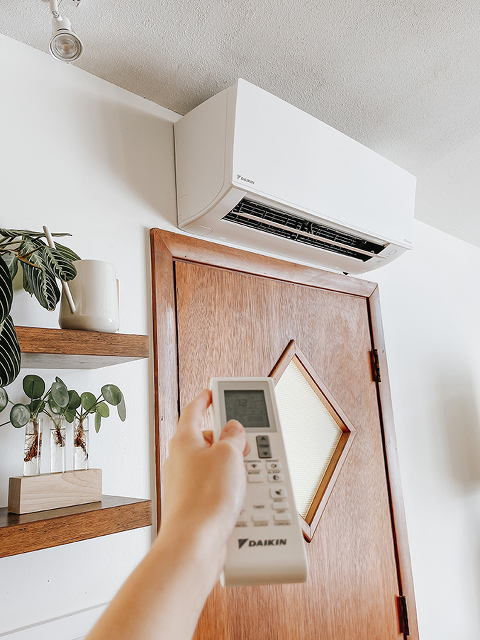 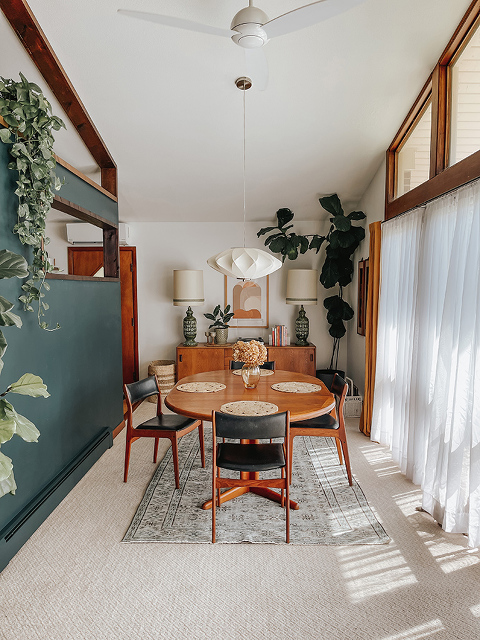 We’ve had week’s worth of 90+-degree weather lately, and our Daikin has kept up without any issues. We have floor-to-ceiling windows in the front of our house (as you can see in the photo above), and this particular unit is in the kitchen, so it has to battle quite a lot of heat. Even still, we’ve had no problems keeping cool. In fact, I’m often wandering around the house in a sweater these days because the new mini-split cools the house down so much it’s chilly. Just the way I like it!

I also wanted to mention how nice it actually looks, too! The sleek white indoor portion of the unit blends in so much better with our white walls than our old cream-colored mini-split did, and the blue ring indicator light is really modern looking when the unit is on and running. The remote is easy to use, and I’ve been nothing but impressed with the instruction manual whenever I have a question about how to use any of the features.

All in all, I couldn’t recommend it more, and definitely plan to replace our bedroom unit with the same thing when the time comes. Got a specific question? Let me know in the comments below, and I’ll make sure to update this review if anything comes up that makes me rethink this (unsponsored!) 5-star review. 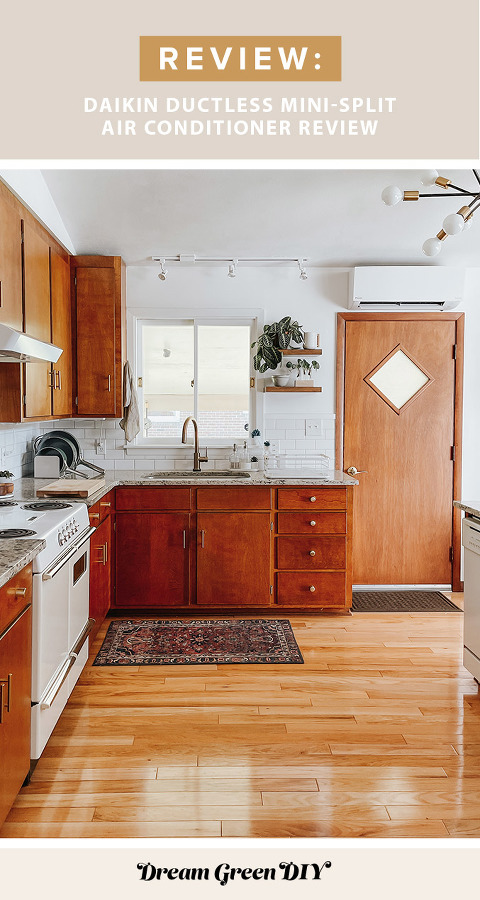 Show Hide 2 comments
« How to Create A Drywall Cutout
How To Preserve (And Enlarge!) Vintage Art »