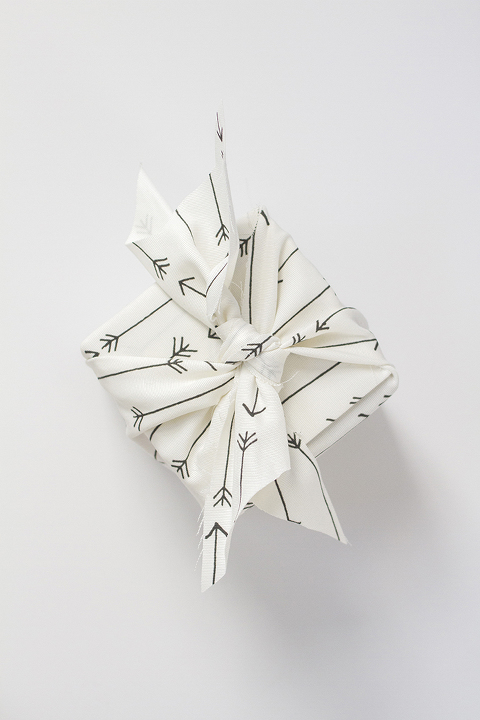 Notice anything different this morning? Dream Green DIY has a brand new look just in time for 2015! I had been planning on building the design over the next couple of weeks, but an emergency hacker situation last night necessitated an immediate revamp. I’m currently running on about three hours of sleep, but at least the site looks presentable! If you run into any issues, please don’t hesitate to let me know. I also ask for just a tiny bit of leeway and patience as I work to perfect every detail.

And with that order of business out of the way, it’s time for my final Holiday Paper Wrap Up tutorial. I can’t believe the season is already almost over, and since most of your shopping is likely “wrapping” up (har, har), I wanted to share one last trick for decorating those naked gift boxes. This time? We’re talking fabric. 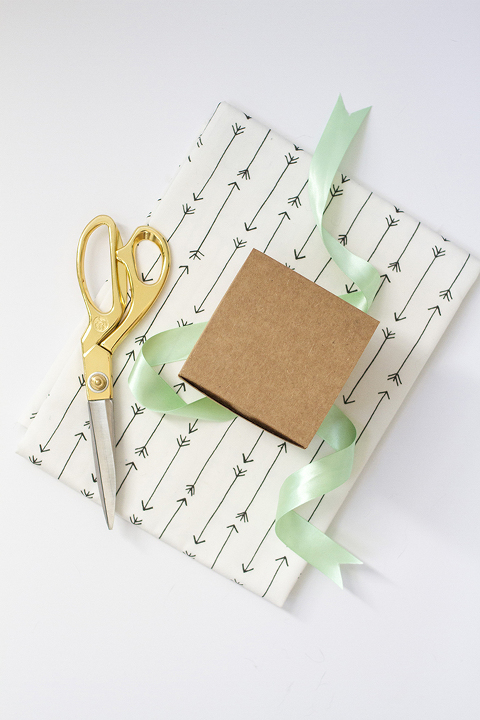 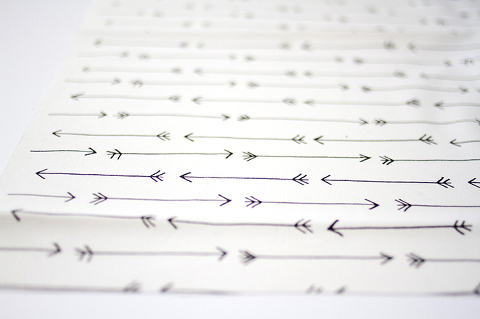 I just recently became aware of Minted’s fabric line-up and have been dreaming up lots of upholstered projects so that I can exploit the collection in the near future. For my first foray though, I decided to test out all of those DIY fabric-wrapped gift box tutorials I’ve seen littering my Pinterest feed as of late. And, as it turns out, they’re just as easy as they sound! 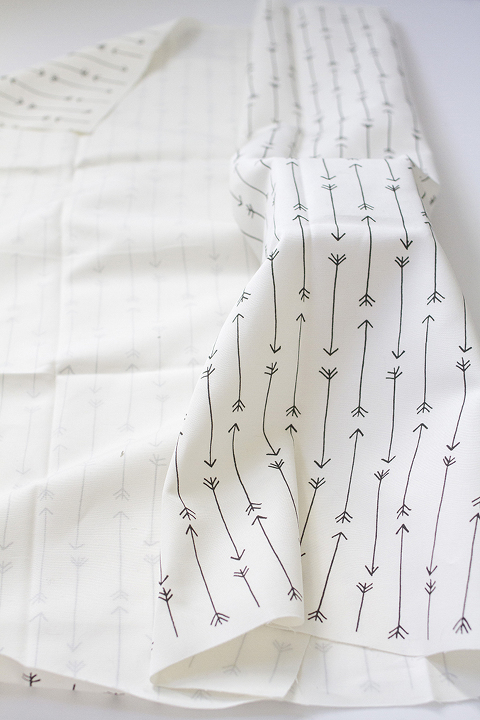 First, unfold your fabric on a flat surface and place your box right at the edge closest to you. Then, to determine just how much fabric you’ll need, hold the fabric to the edge of the box and flip the box over and over until it’s covered. Mark the fabric, remove the box and cut the fabric to size. You’ll want to leave the entire width as is since you’ll need it in a later step. 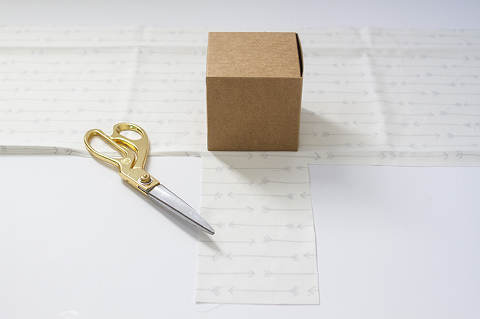 Next, place your box in the center of your cut piece of fabric and then use your scissors to cut large notches into the fabric towards the corners of the box. When you’re finished, you should have two short flaps of fabric and two long flaps of fabric spread out perpendicularly on all sides of your box. 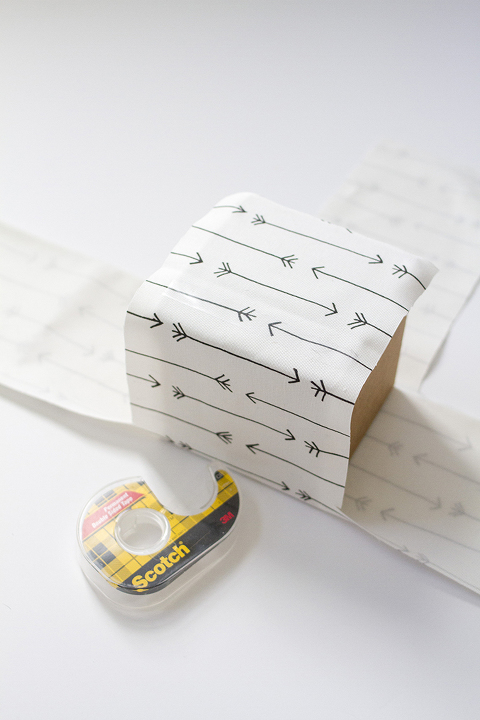 To wrap the box, grab a roll of permanent double sided tape and add a piece to one top-most edge of the box. Then bring one of the shorter flaps of fabric (the one opposite to the edge you just added tape to) up and over the box and press it firmly to the tape.

After that, add another piece of tape, this time to the opposite edge of the box right on top of the fabric and bring the other short flap up and over the box. Fold the cut edge of the fabric over so that you give it a bit of a hem and then press it firmly to the tape. 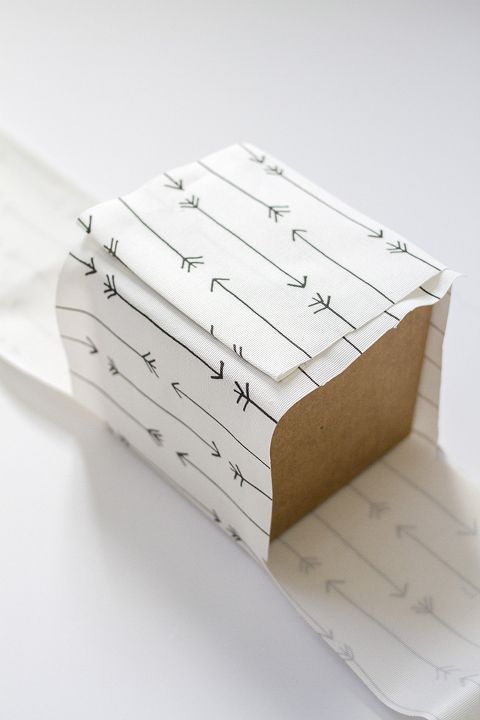 As for the perpendicular planes of the box now left exposed, add two pieces of tape to the outside edges and then bring the larger flaps up and press them into place. After doing this to both sides, you should be left with a completely wrapped box with two large flaps meeting at the top. 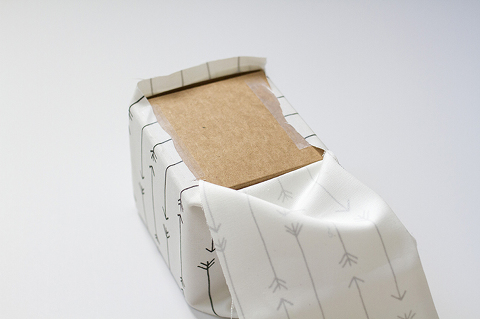 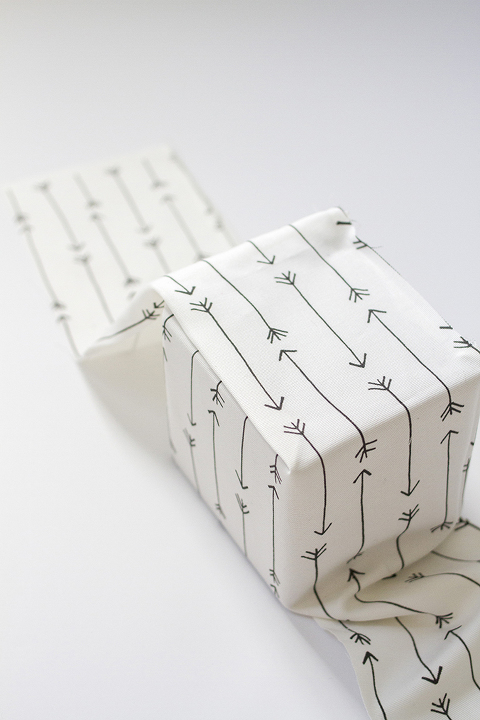 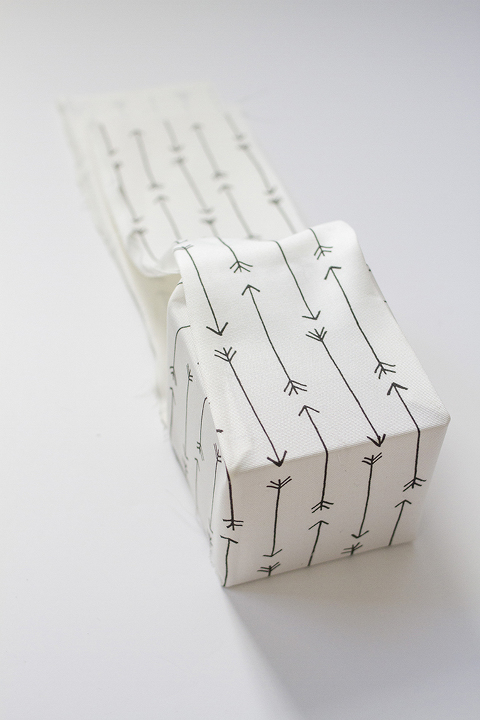 Finish by simply knotting the two large flaps together at the top of the box, and then use your scissors to trim the flaps down. For a little added touch, I also cut decorative notches into my fabric, but it’s entirely up to you how you finish it. You also can leave your box with fabric alone, or tuck in a little paper gift tag to complete. 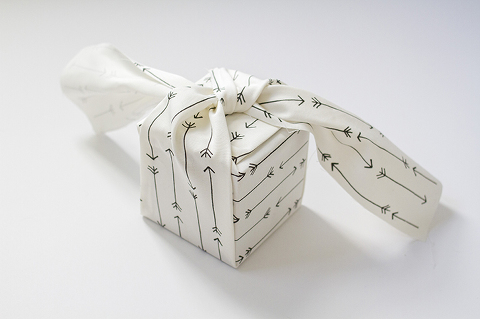 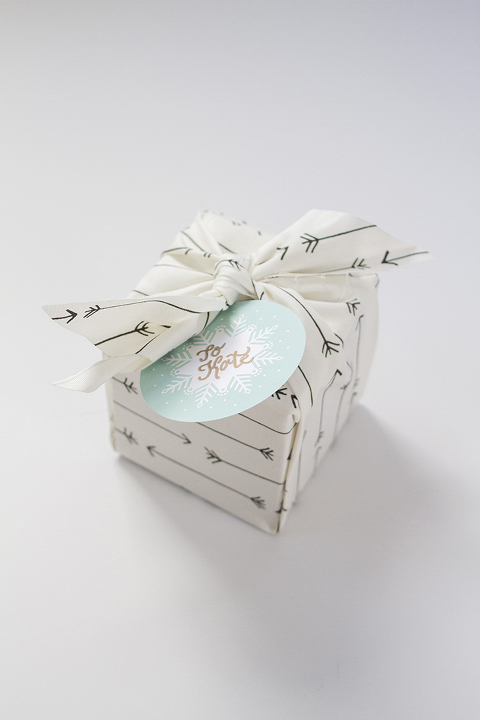 In case you missed the other tutorials in this series, feel free to click back to my wrapping 101 breakdown, wooden ornament topper, Sharpie bow, DIY pom-pom, photo tag, calligraphy stamp, felt holly and jingle bell tassel. Have a tutorial of your own to share? Please leave your links in the comments!

P.S. The winner of the Terbear Co. and Laura Hooper Calligraphy stamp has been announced! Click through to see if it was you.